There is a new but old marketing ploy being exploited by manufacturers trying to create an advance market for their new product. They are both very similar and create the same effect for the maker and the buyer.

The buyer is offered a discount from the “real” sell price of the item if they will invest in a new product before it is available for delivery by the maker.

With many products and especially with the Kickstarter program, the product may still be in the “idea” stage. It may be nothing but “vaporware”. If you follow the link, you will see the idea is not all that new.

I think most people (including myself) know exactly what the risks these sales programs include. Some of the products may never get produced and die on the vine. Some, especially the Kickstarter may simply take YEARS before they are produced.

Many folks like being among the first in line for a promising new product. The majority know it may not be a smooth ride to the finish delivery. The usual discount is very alluring for those willing to take the chance and hop on the wagon for a ride. But a wagon ride is by nature sometimes quite rough. In the old west of the USA they called them “buckboards  ” for a reason.

Both Kickstarter and preorders usually include (in this modern age) a website or forum as a communication tool between the program support people and the customers who have invested in the Kickstart or preorder. Some of these forums may be contained within “Social Media” like Facebook.

It is these communication forums that bring out the best and the worst of the people involved.

The small manufacture usually under-supports these on-line support tools with perhaps one person to talk to the world. So communications can get bogged down by shear customer volume.

The most active customer asking for “support” is usually the vocal minority group who seem (or act) clueless to how the Kickstarter and preorder programs are structured and operate.

They see these programs as simply a discount purchase opportunity and never bother to read the fine print. (So to speak.) Like blindly buying a beach condo that can only be used two weeks a year.

I too, am as concerned for my investment as the folks who feel “socially empowered” because they can post publicly their sometimes very angry and negative comments. Especially the few that have no fear about displaying their ignorance of how “Making New Things” works.

There are usually private message support (email) available but it is the “public announcement” where they want the attention. Maybe they feel they can influence some “mob action”? I don’t really know.

Ignorance is not stupidity. It’s just a lack of knowledge.  But ignorance is easily feigned by a few customers feeling empowered by the chance to “play” the comments welcome system.

“I paid good money (as if there is bad money?) and I want to know exactly where I stand in the process.” Answer: In line with the rest of us,

I believe they think they can be an “influencer” for all the “quiet” customers who will benefit by pro-active clamoring about missed deadlines. Like it will be “better” to deliver a flawed product, because a “schedule” date has passed.

Admit-ably the manufactures need to do a far better job of timely communication than what I have seen from the two programs which which I have been involved.

But threats and anger have no place and do no constructive good in a public comments forum. They sound like an immature  kid throwing a tantrum. 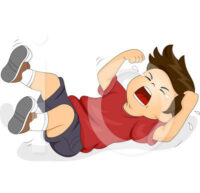 There! Now I feel better…