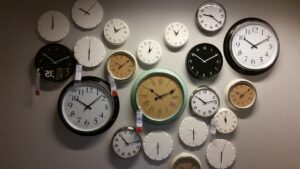 I know I am not the first or only person to ponder this question. Probably every human on earth has given this some thought if they have had enough of time.

When I was young, say before 20 years of age, I am sure I gave it consideration. How long will I live? It was of little importance. Old age was a long way off. Nothing of which to be concerned.

Twenty more years passed. I was saving for something called “retirement” But that was more than twenty years away. But I was thinking about time a bit harder.

Another twenty years. I am still working hard at my “real” job. I have started to create a garage workshop with all the “toys” I would someday have the time with which to be creative and “make stuff”.

Age 67 my “employer” decided I was a greater age / health risk than an asset to the firm, so made the “retirement” decision for me. All cordial and stuff, but there was the door… Make room for younger minds with less caution and wisdom of age (and lower salary).

OK, now was the time to think about time in a real sense. Could I have now reached the future? Yes, in a way. It was the future from the view of younger eyes, but now becomes the present. The future is still out there.

Almost age 75 (in December), the future sure looks like a much smaller space in time. I appear to be moving much faster toward that vanishing point. Hmm… a strange way to consider the future.

After three quarters of a century, I have realized I no longer need to plan or put off things for the future. The distance to the future has become much smaller than when I first thought about time. In fact, I am presently living that early view of the future.

The new rules for life say to live for the present. As it has nearly merged with the future. I do not need to save anything for later. Later has arrived.

The future is now and may extend another 20 years. I have no real control over time. When it’s over for me, I won’t feel a thing. I will not be able to look back and think of what is left that I wanted to do, say, or happen.

Must take care of those thing today. Tomorrow never comes is a true statement. Tomorrow is the future and a totally non-reachable vanishing point in time.

Everything I do happens today. The future is a plan. Planning is totally fine but “doing” today is the only thing that produces tangible results.

My plan for the future is to be as tangible today as I possibly can. Usually called, “Live for the day.” Tomorrow never comes.