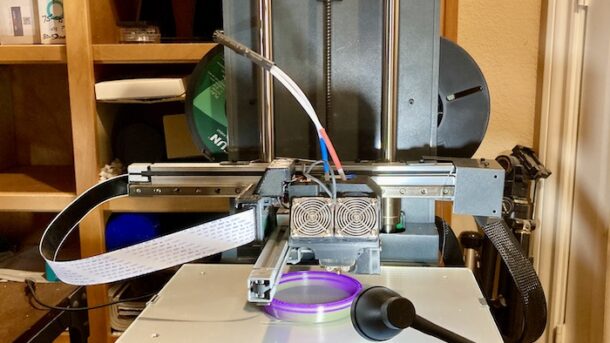 My last post was a brag that I won a free Cetus2 3D two color FDM printer. It was (is) a pre-production version that was actually used in China by developers for testing. It showed evidence of long hard use with a nozzle that was covered with considerable printing debris.

But in the last two months it has proved to be very durable and perfectly fine in operation. I posted many printing examples in my Dimensional Print Studio blog.

It was not a replacement for the Production Cetus2 I have on purchase order. There have been many changes and improvements already announced in the production version.

After midnight (this morning) I received an email from Tiertime in China saying my Cetus2 production unit is very close to shipping. It was a formal handoff from the KickStarter campaign to the process of delivering the production machine.

No firm delivery date at this writing but proof the delivery gears are in motion. I was the 184th person to respond. The process requested a shipping address and an opportunity to order a set of spare print nozzles. (My pre-production machine has a non-replaceable nozzle.)

I will soon have two Cetus2 printers. I must decide how to manage and create space for both. I will be switching to the production machine for certainty as my preferred operating version.

I am strongly considering giving the first machine (gratis) to family or friends here in the Dallas, Texas area. But it needs to be someone motivated and a self learner enough to want to make use of it.

I have the packing materials from the original delivery but would rather not face the task of full disassembly. Dallas locals can (and know how to) contact me if interested. Or… leave a reply below.