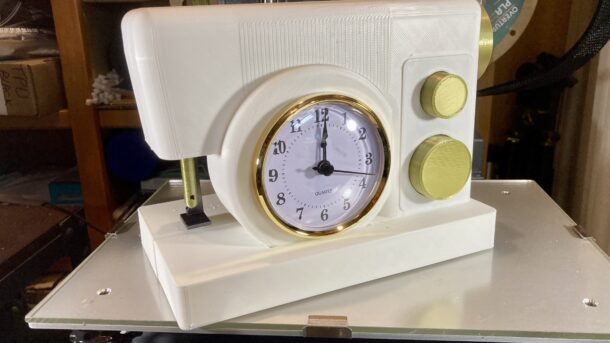 I am going to display my complete ignorance of cosmic science. I don’t mind. Just my opinions and wild guesses, same as everyone else. But worth exactly the same as the science pros who get paid to do the same. Ha!

Speed, distance, time, are all human terms of measurements. Time forms all basis of measuring. Only “aware” living organisms developed ways or need to sense effects of time and create measurements.

What if time is merely a human illusion and doesn’t exist in the total scope of cosmic entirety. Time with a beginning and end are only human concepts.

For this post I will assume time is an illusion and doesn’t exist.

Science says, “All galaxies are speeding or expanding away from us at great speeds.”  Does that not put us at the origin point? Seems a bit of a presumption to me.

But this origin point is the sole basis for the “big bang” theory. If everything is expanding out and away (over forward moving time) then (over reverse time) there must have been a point of origin.

If we can see a galaxy at almost the beginning of time (as is claimed), we would need be looking toward and near the exact origin point of the “big bang” as that galaxy would not have “TIME” to travel far in an expanding universe. There would be nothing to see (at that age) in another direction and we couldn’t be the point of origin because at that same point of “TIME” we would already be instantly those billions of “light years” away. Or experiencing an expansion wave before our creation equal or faster than light away and then slowing to sub light speeds upon our creation.  Let’s see… subtract the age of our solar system from the age of creation.

The pro-scientists try to explain that away claiming, “gosh! There must have been a period of faster than light (and time) expansion before things “settled down” to current speed-of-light conditions. A convenient fix, right…??

And oh yeah,  Now that we have slowed down, there is an overall “background microwave radiation” unevenly distributed in every direction that continues to radiate from every point in space that is an energy leftover effect of the big bang.

Red shift used to “measure” distance could be a pure illusion of space optics from perhaps gas clouds in the path where some photons optical paths are bent and recombine creating an illusion of red shift. Einstein relativity says gravity can bend light that and has been satisfactorily  proven to scientists.

Think about a big explosion from a point. If there was time involved, that point would have to keep pumping out out energy to become matter for some considerable length of “time” to fill the void behind the leading edge of the big bubble of expansion. So then what is ahead of that leading edge? Pure nothingness?

Put a dot on a piece of paper. To make it bigger you have to add more more material. Don’t add material it becomes a ring away from the point of origin with an empty center. Or a very thin large dot. Keep expanding the ring gets very very thin. Science say the super dense energy keeps unpacking itself filling in the void. But that requires the concept of TIME.

Watch old atomic atmospheric explosions and you can see force outward then reverse as the “bubble” in the air (full of nothing) collapses back to the origin due to atmospheric pressure. That doesn’t happen in space. No air. Maybe dark matter, huh? or dark energy. That secrete sauce needed to make the math work.

We are told that outward vector direction of travel of all matter in the universal, will at some point reverse due to universal GRAVITY, and in (Oh, yeah) TIME, will pull everything back to to origin point. That would require continuous creation of extra mass (from unpacked energy) with resultant extra gravity created within and filling the expanding bubble. Or maybe just a really really extra extra massive black hole we haven’t yet discovered existing at point of origin will do the job. Other Pro-scientists say we will jus keep getting bigger until the lights go out….

We claim to see supernova explosion bubbles in space, but no mention of them collapsing back to point of origin. Not enough packed energy within the bubble I guess…  Let’s remember there is usually a black hole let behind. They’re called super massive, but that must not be enough to suck everything back.

Without TIME My concept is universe can be both a single point or infinitely large. (I almost said at the same time, oops.)

Quantum physics proves we have most everything wrong. Measurable physics I just explained doesn’t  apply at very small scale.

Entanglement for example is an illusion in my way of thinking. Two “objects” separated by ANY tangible distance, behave as if they are one. In my thought it could be because they are one. The separation is the illusion. We sense the object in two positions because we must use time to create the measurement of their location. Same as the big bang.

All of this effort to understand the universe is mere “happy time” thinking because some humans enjoy postulating hypotheses. But they are still just theories. They add nothing of practical value to everyday existence of life as we know it. It pays the bills for the people who have made it important in their own realm and reality of being. But I do find it interesting and find and intend no malice to those who make it their purpose in life.

But I really don’t worry about any of this speculation, even mine. It is just science for entertainment. Hope you enjoyed my crazy thought and now have a few of your own.  Peace!   🙂