I was once very active in this group, but work demands let me slack off active membership for about the last decade. I was publisher for the newsletter for several years at that time and created the first digital format. But that was long ago. Now it was time to see how this long time favorite end of June event and contest was being run by the P.A.R.K. today.

This “Field Day” is a radio operating event sponsored by the American Radio Relay League (ARRL). The idea is to set up operations in outdoor locations and contact as many other groups as possible doing the same thing throughout the USA. No commercial power is permitted so most use gas generators. There are many other ways to get power such as batteries, solar, wind and whatever else the Ham Operator can think up.

James and I have been doing this for well over 40 years and for Fuzi it was his first time. He qualified for a license just a few weeks ago. Way to go Fuz!

It was interesting to note that along with a bunch of us “old men” (Every operator is referred to as an OM (old man)) there were quite a few  young folks on site. You will notice they were gathered around the digital operating position.

The operating didn’t seem to be as intense as in years past but the fun factor was still there. The club was operating as class 5A which means they had five transmitters on the air at the same time from this location. So follow the captions under the pictures. The pictures will expand when you click on them 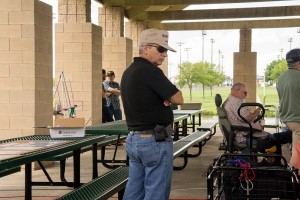 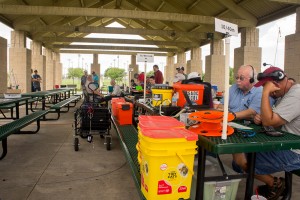 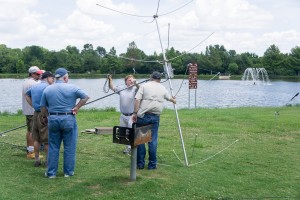 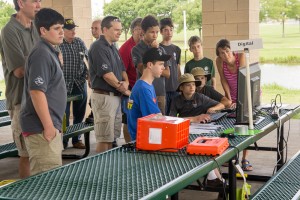 The favorite with the youth was definitely the digital operations. Here using PSK31 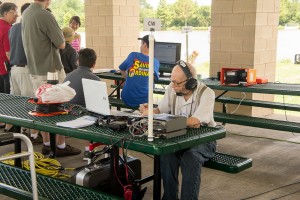 This was the dedicated Morse Code operating position. Note the “OM” operator and the gathering behind him at the “Digital” position.

Dave is already trying to get a new call W5FUZ. It seems to fit…